I had a student last week who had difficulty learning to drag a picture from one place to another on his classroom’s interactive whiteboard. His finger kept popping off of the board and he didn’t understand any of the vocabulary terms that I was using. I tried phrases such as, “keep your finger on the board,” “press harder, and “don’t take your finger off of the board.” I should have known that the last one did not work because many of my students have difficulty with terms such as not and don’t. Even though this student was verbal, I resulted to taking his hand and guiding him a few times (often called hand-over-hand assistance or full physical prompting). After a few guided trials, the student was able to move the picture a few inches. I’m sure that with even more practice he will learn the helpful skill of dragging items to desired locations on the interactive white board. 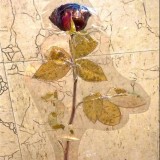